September 25 marked the Groundbreaking event for the EcoLock Storage building at Ellis Street and Bay Avenue, in downtown Kelowna. This cutting-edge building will be the first of its kind in North America, generating 105 percent of its electricity through solar panels, and using Just BioFiber blocks to reduce greenhouse gas emissions, making it one of the most sustainable buildings in the world.

There was an overwhelming media coverage on the event, with reporters and crew from several local and national media outlets, including: 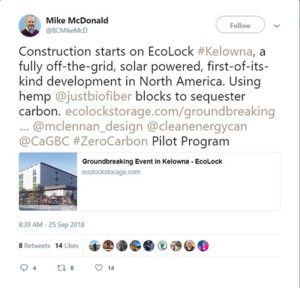 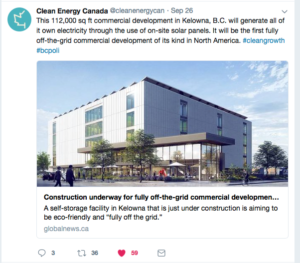 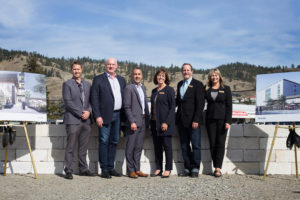